It can be said that the actual purpose of the benefits system is not in fact to assist unemployed people into sufficient employment but rather to make it so unpleasant and impossible to survive within the system and on benefit that you not consider it as choice in the first place or leave the benefit system altogetherFrom Aril 2014 those wanting to claim JSA will have to prove they are ready for work before they can apply. 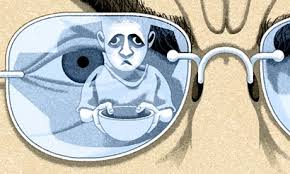 That said, If you have ever used one of the many Job centres you will all ready be familiar with the so called work programs offered to apparently help you into work. Theses government schemes are regularly presented and promoted as some kind of helpful aid, to get the unemployed into work though the non personal, non specific and often dictatoral processes used that are often harmful and discouraging instead.
Often resulting Unfortunately, in as we have seen a worryingly rising number of reports from benefit claimants encountering renewed struggles through unforeseen circumstances and issues which have led to what some might deem the inevitable undesired activities such as criminal and anti-social in an effort to support families and survive. This has a rebounding detrimental effect upon our already suffering communities.
However it has come to my attention that some of the few job offers and work placements are not at all as they seem. Therefore since growing numbers of unemployed people are being assigned to the job center plus’s (JCP) work programs are encountering multiple difficulties, I have written up the following in an attempt to highlight some of the typical situations some people are finding themselves facing.
Once entered into a work program Job seekers will be required to attend recruitment interviews at their local job Centre. At this stage the initial step consists a somewhat impersonal meeting between you (jobseeker) and an allocated caseworker who will require you to provide the relevant information so that you can be matched regarding skills to vacancies on their database
It should be noted that the Job Centre Plus staff have been instructed to some extent to be “tough and uncompromising” in their consideration of jobseekers and job matching and it has been well documented that statistically less than 5% of those who have been on these kinds of JCP Work Programs have ever actually found and kept a job. This possibly as a result of improper matching of jobseekers to roles
We have heard that The JCP are set to increase their efforts in more through practices in monitoring the methods used to find jobseekers work it is therefore more likely that jobseekers will then, be subjected to increasing sanctions upon the basis where their efforts to find work is not deemed as “appropriately adequate” people will be forced in to difficult situations that could lead to homelessness, poverty and ill health.

What methods are there to protect the wellbeing of long term older or disabled claimants?

The majority of jobseekers will be expected to attend the JCP on a daily basis for approximately ten or more minutes by appointment to “sign on” rather than every fortnight as previously the case. That is in addition to jobseekers requirement to undertake some type of “training” (including where not necessary such as due to previous training or qualifications etc…). Instead jobseekers will be ordered to carry out unpaid work assignments in order to receive any benefits.
Such work placements consisting of daily unpaid labor for up to 6 hours plus per day and for often undetermined durations of anywhere unto and beyond 3 months
Such instances will be a mandatory requirement in order to ensure continued receipt of benefits, where placements are not carried out for some reason or where refused jobseekers will be considered as non compliant to the rules and standards for demonstrating and proving a claimant is actively seeking employment and so that jobseeker will not then qualify for any benefit allowance (Including any other benefit entitlement claimed for instance; Tax Credits/ Discounts, Housing Benefits…etc.) With sanctions lasting anywhere from weeks unto to periods of three years

A further stage in this JCP work placement recruitment process is, to then invite the claimants whom have completed the previous stage to a separate formal interview. Where an offer of employment is made and accepted, claimants will then have a period of up to four weeks to notify all Her Majesties Revenue & Customs (HMRC) agencies of a change in circumstances, otherwise be accountable to benefit fraud.
A problem arises as there dose not seem to be any consideration or safe guards in place to insure the fair treatment of job seekers/ claimants by potential employers. For instance, in the case of a long-term benefit claimant offered a full time job conditional to their attendance and satisfactory completion of a short trial and training period.
Once complete the job center were informed that the claimet was suitable for the position applied for and them they were forwarded the job details e.g. start date and working days and hours. The claimant previously having been out of work for over a year and was understandably unfamiliar with protocols and processes therefore did not realize a signed contract should have been presented to him/her at some point before the start date of commencing work.
Though a start date had been set for 5 weeks; during this time the claimant had removed their JCP and job seekers profile from the work agency sites and closed their accounts etc.in addition to making child care arrangements and spending already limited funds they had to obtain work attire/ uniform… The claimant had researched the job specification learnt the roll they would be working in and brushed up on the companies code of conduct practices and procedures. The day before they were due to start they received a call from the job center to say there services were no longer required. There was very little explanation.
Others have talked of getting jobs and being d but being let go as soon as the training period was over, this would affectively leave claimants in the same if not worst situation and employers in good standing as they will have fulfilled there required quota. There is no support or leeway for adjustments.
Employers are less tolerant of personal drawbacks that some long-term claimants may have. Job seekers with health issues who were assessed by the WPD and deemed to be fit for work are increasingly finding them selves let go within weeks of starting a job then being told they made them self intentionally unemployed and made to start a brand new clam that takes between 4 to 8 some times ten weeks to sort out depending on the evidence requirements.

If you don’t have the required and requested documentation a new claim will be further delayed. There is a small window of four weeks before a claim is closed. This leaves people in a very vulnerable position, the assistance claimants are getting regarding housing benefits and council tax deductions will be affected if not stopped all together, bear in mind social landlords only allow rental arrears of up to 8 weeks, any more than that will be met with a notice of arrears, a repayment plan offer that if deviated from then will lead to legal action being taken against you for repossession of the property you are living in.
Most Housing lists have been shut due to a shortage in available accommodation. So unemployed, penniless, and facing homelessness, what happens now, “stress” at this point your state of mind will begin to affect your physical and mental health.
Demonizing people who for any number of reasons are unemployed and found them selves seeking the assistance of a benefits agency might provide some sense of self importance to the people who feel they have such great insight that they cast aspersions and support repressive systems claiming they are in favor of reviving the economy are entitled to there views and opinions I’m not even going to attempt to take the hatred away from anyone, My focus here is on finding realistic solutions that address the issues that are ignored and over looked yet these same issues eventually become a contributing element linked to the down tern of our economy, societies, industries and communities.

Responsibility for finding realistic solutions should not be delegated

Simple but affective actions by us all can lead to changes that could lift us all from the current doom, The turnaround of our societies economy and communities should not be left to those who’s priorities are else where. People are not claiming because they don’t want to work or because they are lazy the majority of benefit claimants are in genuine hardship. Why is the focus placed with the few who are abusing the system and not with the many who do not!
Do you realize many of the work-based programs have entry requirements that go against the people groups they are set up to provide assistance to, I get that they have starting points but it should at the very least include the people who would most benefit from the services on offer. Vulnerable unemployed disabled and mature people would very much benefit from our input, people in their lives and communities. We have the abilities the skills the insight that can be utilized to help people better their situations,
Come on honestly who lives it, I mean they don’t see what we see every day. There’s no tints on our windows so if any one can come up with realistic suggestions and solutions to deal with the growing number is issues facing all of us in one way or another, who else but us. Don’t criticize governments for their efforts when we our selves provide none. Desperate people with no rescores will seek alternative measures to survive. Crime poverty and anti sochal activities will rise to devastating levels if we continue to turn a blind eye.

Consider you’re self if you lost your job
Your savings were down to nothing, as you have existed off them since redundancy, no assets to use as collateral, debit/credit cards maxed out, as you were unprepared for the situation you and your family now face.

Consider this to be your situation

You have no income no savings no one to lone you money and the banks refuse you a lone. You have been applying everyday from 9 in the morning right up until 5pm for vacancies. you even have qualifications and years worth of relevant experience to offer potential employers. You have sent off hundreds of resumes signed up to dozens of employment agencies, yet have had no call backs interviews offers. Your bills are due your gas and electric are about to be cut off your families hungry you can’t even afford to travel now your home is under threat.

Pray tell what would you do exactly?
How would you deal with such a situation?
Will you seek assistance from the state

Negative labels are attached to people affected by the above by people who are unaffected by the situations mentioned, Very easy to call people Lazy, Scroungers when your grass is green.

One thought on “Affects of Benefits Reform”